You are using an out of date web browser and so parts of this site might not appear or work as expected. We strongly recommend upgrading your browser to get the most out of this and other sites, and to keep your device secure.

The Forensic Capability Network (FCN) has secured £110,000 in funding to conduct research into drug violence, county lines and biosensors over the next nine months.

To discuss the projects in more detail alongside other R&D activity, FCN is hosting a virtual event on Monday 7th September at 1400-1500, led by FCN’s Research and Development Manager, Carolyn Lovell. The free event is open to people working in policing, academia and industry with an interest in R&D on forensic science. 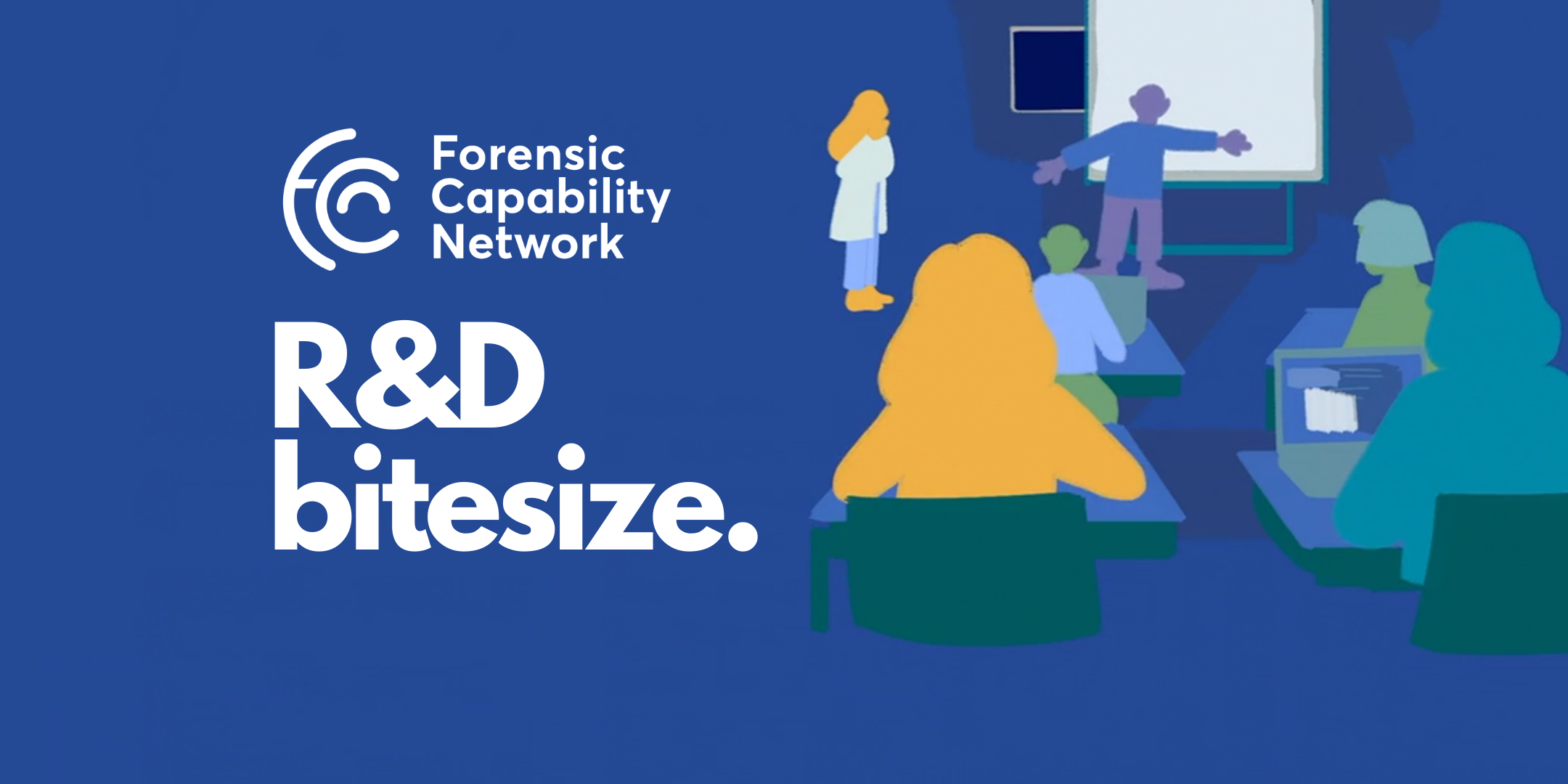 Once complete, the research projects may help to improve the focus and effectiveness of criminal investigations, enable early identification of offenders, increase detections, improve safeguarding and reduce harm.

The funding was secured from the Home Office across two separate research projects, as part of the government's STAR grant which is seeing £8m invested in scientific research.

One successful bid for £30,000 will see research conducted into the use of forensic intelligence to identify drug networks and crack down on drug violence and county lines activity. The crime and justice consultancy Crest Advisory has been appointed to conduct qualitative interviews with police forces over a six-month period, with a view to conducting trials with some forces.

Researchers hope the project could improve drug violence investigation though proactive use of digital opportunities to identify suspects higher 'upstream' in criminal gangs.

"Policing often deals with forensics as an outcome, but if we are savvy with building up a picture of crime across digital, fingerprints and DNA, it has real investigative power."

The second project comprises £80,000 to research new and innovative ways to locate and recover microscopic bodily fluids found at crime scenes. Screening for microscopic blood is challenging and time consuming, and the biosensors project is aiming to support both a lab and portable scene approach and reduce the time that this currently achieves.

The initial nine-month project with Kings College London (KCL), dubbed the Light Up Project, arose from a previous partnership between the university and Metropolitan Police Service which had already developed a proof of concept. KCL had been unable to secure funding to take the research forward, until FCN successfully submitted its recent bid.

“We know that using a white light source to screen clothing for blood isn’t effective in a general police lab, and it can be too costly or take too long for private providers to conduct microscopic analysis. Our project is researching an improved, portable system of light sources which will detect not only blood stains but other body fluids too.”

Further research proposals are being developed and submitted by FCN on behalf of policing and the forensic community, including one on the use and sharing of datasets to support validation of forensic techniques.

To book a place at the virtual event on 7th September (2pm), visit the 'FCN bitesize on R&D' page here.

For more on FCN's research and innovation work, visit our R&D page.